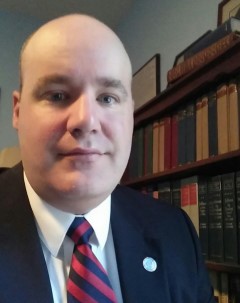 Mark Summers, public historian for the Jamestown Rediscovery Archaeology Project, will examine the events of 1619 that brought the first-documented Africans to Virginia and led to the creation of race and color in English North America. The discussion will cover John Rolfe’s letter of 1620, the rise of tobacco, and the economic context of the Africans arrival. Mark will then relate the arrival of Africans in 1619 to a war between Portugal and the Ndongo Kingdom of Angola. The lecture will also examine race as it was understood in England and examine how Africans and English indentured servants were once allies, although this unity was dissolved with the establishment of slave laws and racial categories.

The event is finished.

White People: There is More to Gain than Lose through Reparations

Subscribe to get regular updates about our activities right in your mail inbox.

© All Together Willimsburg. All rights reserved.