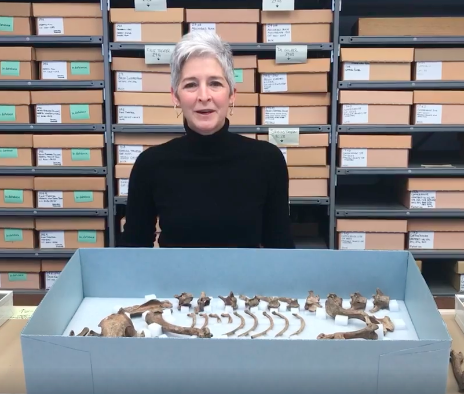 All Together – Evening Discussion

Meredith Poole is Colonial Williamsburg’s Senior Staff Archaeologist and has served as part of the Foundation’s archaeological team for the last 35 years.  She is currently in charge of the First Baptist Church excavation, which is recovering evidence for one of the oldest Black churches in the country and she will speak about this project.

The work of uncovering the buried remains of 18th century Williamsburg fell first to members of the local Black community.  Beginning in the late 1920s, unlabeled images capture these men excavating foundations, screening for artifacts, and otherwise setting the stage for archaeological work that continues today—work for which they have not always been given credit. This program focuses on recent efforts to identify early Black excavators by name, to uncover their stories, and to celebrate their contributions as Archaeologists. It will also acknowledge the ways in which their efforts were thwarted and the contributions of these trailblazers was diminished.

The event is finished.

White People: There is More to Gain than Lose through Reparations

Subscribe to get regular updates about our activities right in your mail inbox.

© All Together Willimsburg. All rights reserved.